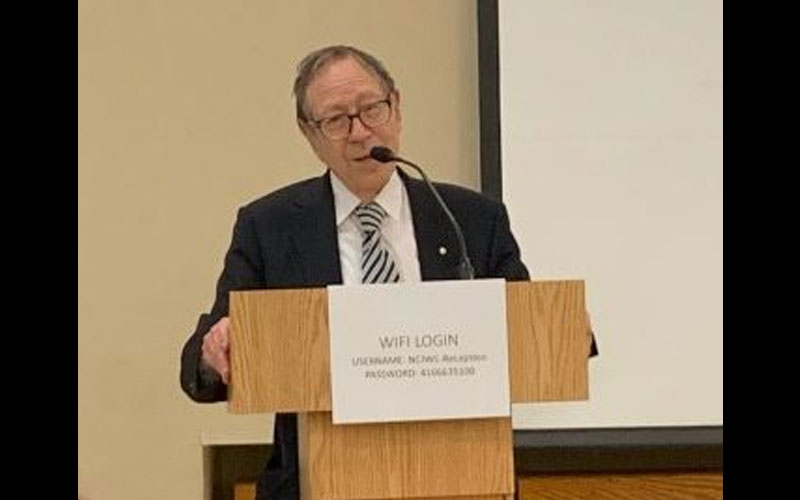 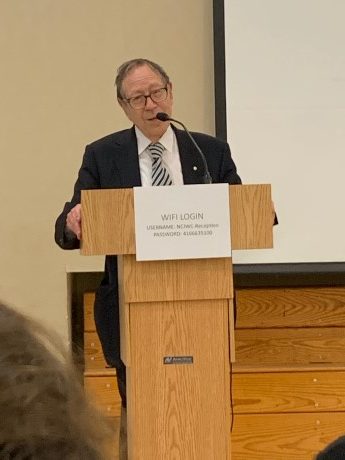 Irwin Cotler, Chair of the Raoul Wallenberg Centre for Human Rights, Professor Emeritus of Law at McGill University and former Minister of Justice and Attorney General of Canada was the keynote speaker at the International Council of Jewish Women Spring Executive Meeting in Toronto on May 26 . His topic, “The resurgent global authoritarianism, the assault on human rights and the retreat of democracies: as seen through the lens of political prisoners”, was an informative but disturbing assessment of current world events.

Dr. Cotler began his talk by sharing that the roots of his commitment to combating social injustice are anchored in Jewish values, going back to his father’s belief that “the pursuit of justice is equal to all of the other commandments combined”. He then cited numerous injustices by nations in the international community that exhibit how “immunity is given to the major human rights violators” who are “rewarded for their criminality.” He recalled the horrific genocide against the Tutsis in Rwanda that took place 25 years ago and noted the “massive assault on human rights, use of chemical weapons, displacement, murder and torture of Syrians”. He spoke about the criminalization of women’s rights in Saudi Arabia and the relentless assaults and massive repression of human rights in Iran. In addition to citing examples of the cruel oppression of human rights in China, he expressed disgust at the deprivation of liberty, torture , sexual assault and rape in Venezuela as well as the state orchestrated massive human suffering where food and medicine is withheld from those who oppose the regime. All of these, Dr. Cotler said, should be a wake-up call to world democracies which need to become more involved in advocating for the vulnerable and powerless victims. Today, he noted, there is a reframing of the Israeli/Palestinian conflict as a human rights conflict, and a rebranding of Palestinians as poster children for a struggle for human rights, with Israel as the epitomization of the oppressors of human rights.

Dr. Cotler described how, in the UN, immunity is given to the major human rights violators ,who are, in fact, rewarded for their criminality by getting seats on the UN human rights council. Israel is seen as being on the wrong side of history and held up as the enemy of all that is good and repository of all that is evil. Another absurdity, according to Dr. Cotler, is that Saudi Arabia became part of the UN commission on women’s rights, whereas Israel was held out to be the only violator of women’s rights in the world, while all of the actual violators were perceived as immune.

To paraphrase the message of the late Elie Weisel, there is danger of staying silent in the face of evil and it is our responsibility to protest, even if we don’t succeed.

Dr Cotler stated that women are a strong force for human rights and, speaking directly to the gathering, added “As women-you are a powerful force for the promotion and protection of human rights in general and women’s rights in particular. You can challenge the silence of our democracies to stand up and be counted, as a powerful force that can combat the culture of immunity.” He suggested that “Council can speak for and act on the pain and plight of political prisoners.”. He strongly encouraged us to become involved in a struggle that must be faced by all those who care about justice and human rights.